Cadet Raul Torres is the 2020-2021 Battalions Training Officer. In the beginning of the year he was selected to be a Company Commander for Bravo Company. On February 5th he had the privilege of becoming the Hanna Golden Eagle Battalion Training Officer/S3. He has participated in events such as Color guard, JCLC, and played Taps for a civil war remembrance ceremony. On April 29th he was given the honor of becoming the Executive Officer for the Hanna golden eagle Battalion  ​ 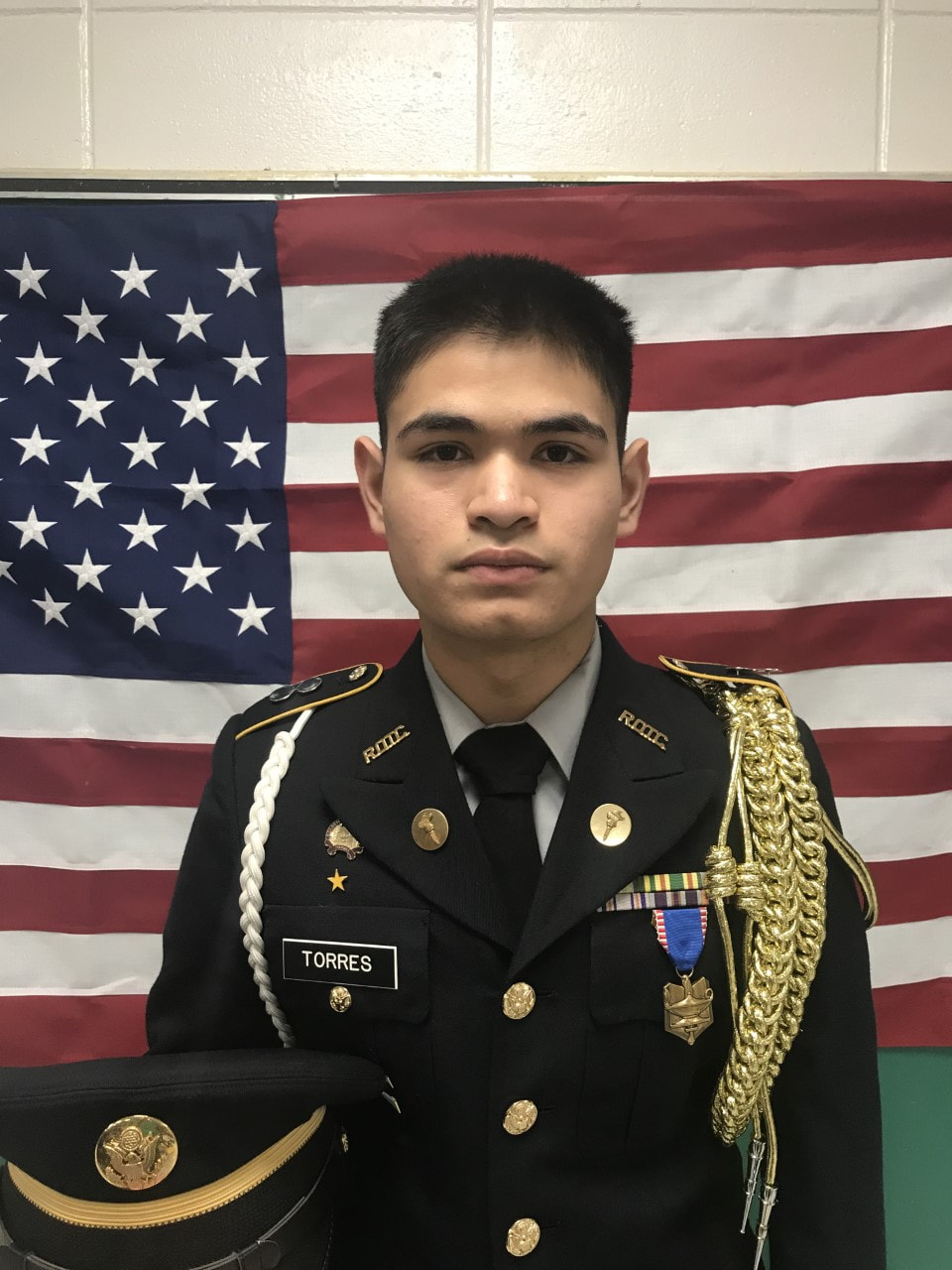 "The act of perseverance is not
surviving, but pushing forward with knowledge of consequence" ​